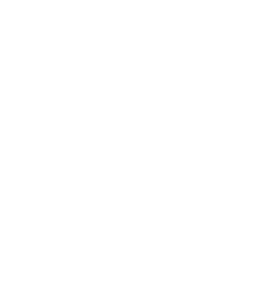 Every parent wants their child to grow up with the right mix of self-esteem and discipline, and martial arts, especially if practised from an early age, can achieve this, accompanying the child throughout their growth path.

What are martial arts based on?

Before explaining the benefits of martial arts on children, it is essential to immediately eliminate a common misunderstanding among those unfamiliar with the subject.

Martial arts are not a violent sport! The founding principles of any martial art are respect for the opponent and self-awareness, regardless of which discipline you choose. So it is as far as there can be from violence.

Children are not taught to “hit,” but they  are taught fighting techniques, suitable for their age, to try with other children.

In these learning moments, the emphasis is not on technique but on avoiding hurting and getting hurt, respecting others, and controlling one’s body and movements. This makes the child aware of what he is learning and that this knowledge does not authorize him to use it outside that protected context.

karate as a path to growth

In light of this approach, it is easy to understand how karate become a real school of life, leading children to relate more calmly and consciously with their peers and adults.

The activity on the rebreakable boards, especially with the little ones, is developed as a recreational activity of the collective game; with somersaults, jumps, and group and couple activities that allow children to exercise healthily and release all the stress and tension of the day.

The physical activity proposed in this case is of the aerobic type and uniformly involves the whole body. This aspect should not be underestimated! Many sports tend to focus attention, during training, on specific parts of the body, such as football or athletics, creating a failure in the child’s growth, which is not desirable.

The motor activity, in which the child is involved when practising martial arts, improves the body’s elasticity and strengthens the joints to avoid injuries in adulthood. It also allows you to increase the physical stamina, alertness, and balance of the child.

Martial Arts helps strengthen the child’s body, increase its resistance to diseases, and prevent the onset of childhood obesity and diabetes, severe problems typical of our time, spreading even among the youngest.

Martial arts and the emotional sphere

The emotional sphere in this type of activity is not secondary, but, on the contrary, it is in the foreground. The commitment made by children is always heavenly, and they get used to having self-control and improving their concentration. As the child begins to acquire the various techniques and can perform movements that he was previously unable to do, he begins to develop a sense of self-esteem that will accompany him even outside the gym and accompany him to school and everyday life.

The Latins used to say “healthy mind in a healthy body,” which is precisely the fundamental principle behind martial arts. To make sure that children can grow and improve in every aspect with the awareness of themselves and their abilities, to become men and women better, for a better tomorrow.